The proliferation of nuclear weapons is most…concerning. 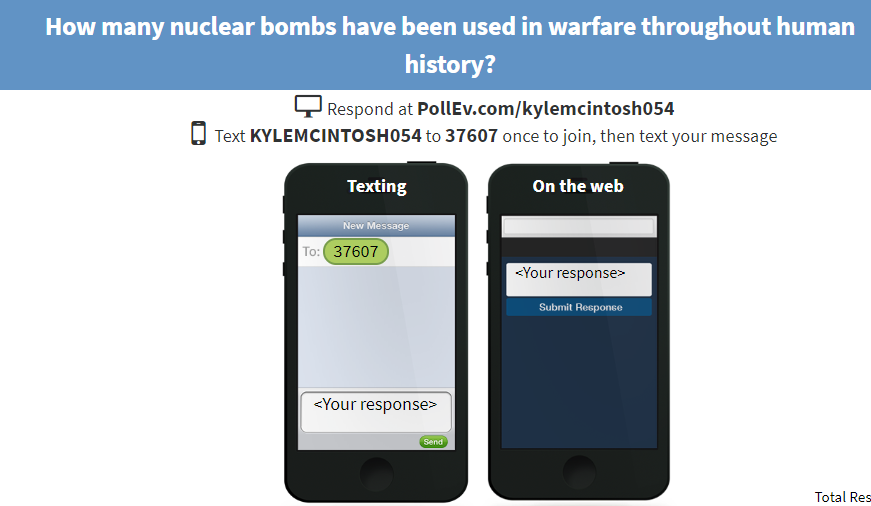 Brief video: A timeline of every nuclear explosion. [CLICK]

Ultimately, it was nuclear weapons that strained the relationship between the Soviet Union and the United States at the end of World War II. It has continued with brinkmanship on both sides, most recently in the Cuban Missile Crisis.

Robert Rath and Extra History recently a series of videos explaining this crisis. [EPISODE ONE]

*full disclaimer: Rob is a friend and colleague of McIntosh’s*

Here is a PowerPoint that outlines the potential possibilities (and why they weren’t chosen):

We are moving into an era of Nuclear Non-Proliferation. People are scared, ducking and covering…

Your assignment is to research one of the following nuclear non-proliferation treaties and create a brief presentation to be shared with the class. Each student must choose a different topic. Complete instructions on page 2, with resources on page 3. [NuclearDisarmamentAssignment]

In a typical year I teach a range of courses from elementary to high school. I am our school's Social Studies specialist, teaching high school social, as well as a member of the PE team.